Java is one of the most used computer languages with more than millions and millions of developers using it worldwide to develop applications and software. So, if you are looking for job openings where knowing java is a prerequisite, then you need to prepare a few Java interview questions before going for the job interview.

That is why to help you ace your technical interview round, we have curated a list of common java interview questions with answers to help you kickstart your preparation.

Q1: Can you explain the difference between JDK, JRE and JVM?

JDK (Java Development Kit) is used to compile, document and package Java programs. It is a JRE + development tool.

JRE (Java Runtime Environment) refers to the runtime environment in which Java bytecode can be executed. This is an implementation of the JVM which physically exists.

JVM (Java Virtual Machine) is an abstract machine which provides a run-time environment in which java bytecode can be executed. It follows three notations: Specification, Implementation and Runtime instance.

Q2: Why is Java platform independent?

The reason why Java is called platform independent is that its byte codes can run on any system irrespective of the operating system.

The reason why they are known as wrapper classes is that they “wrap” the primitive data type into an object of that particular class.

Q4: What are constructors in Java?

The constructor in Java refers to a block of code which is used to initialize an object. However, it must have the same name as that of the class. In addition, it has no return type and is automatically called when the object is created.

In Java, there are two types of constructors:

Q5: Differentiate between Array list and vector in Java

You can only use the Array list as Iterator for traversing an Array list. In addition to that, it is fast because it is non-synchronized. If an element is inserted into the Array List, then it increases its Array size by 50%.

Vector, on the other hand, can use both  Enumeration and Iterator for traversing. However, it is slow because it is thread-safe and defaults to doubling the size of its array.

Q6: Explain why pointers are not used in Java?

The reason why Java doesn’t use pointers is that they are unsafe and increases the complexity of the programs. Moreover, JVM is responsible for implicit memory allocation, so to avoid direct access to memory by the users, pointers are not used in Java.

Access modifiers are special keywords used to restrict the access of a class, constructor, data member and method in a different class. There are four types of access modifiers that Java supports.

The blueprint of all your data is included in the Java class. It contains fields and methods to describe the behaviour of the object. Here is how the syntax of a class looks like

Q9: How is an object created in Java?

An object in Java is a real-world entity that has both a state and behaviour. It has three characteristics: State, Behaviour and Identity.

You need to take the help of the ‘new’ keyword to create an object. For example:

Now, these are the top 10 most asked Java interview questions and answers that you must prepare before your technical round. In addition to that, make sure you give plenty of mock interviews to sharpen your interviewing skills.

You can take the help of your family or opt for Mock-AI to get detailed feedback on your strengths and weaknesses. Also, if the scheduled interview is virtual, then make sure you highlight your work from home skills to show the recruiter that you can effectively operate from your home.

So, give your best and ace your job interview rounds. 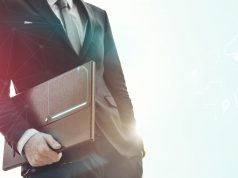