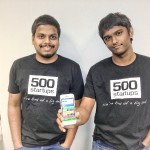 On Aug 24(2012), I saw a tweet by Paul Singh from Mumbai Airport. His subsequent tweets revealed that he would be in a couple of Indian cities meeting entrepreneurs and meeting him would require a referral. I cold emailed him rather than looking for a referral with an intro about our team, the product and asked if we could meet in Bangalore which is closer to our city, Chennai. I use a small trick when mailing people who get a lot of emails. I check their Facebook and twitter profiles for updates and mail almost at the same time they tweet or share (used Tweetdeck for notification of updates). He replied asking about our product, but then went radio silent. Followed up via email in the next couple of days but there was no response. Later on, his tweets revealed that he was meeting a lot of entrepreneurs in Mumbai and Delhi.

His tweets revealed he reached Bangalore on the night of August 28th.On Aug 29th around 7:50AM, Paul tweeted a picture from a high rise building. I assumed it had to be a hotel at this time of the day. We narrowed down on the location of the tweet and found only a couple of good hotels nearby. We finally guessed it had to be the Royal Orchid Hotel.

We had to do something impressive and we weren’t about to give up the opportunity to meet him when he was in our neck of the woods! We decided to make small customized printed books for each of the 500 Startups partners, which contained our pitch deck. I went through the Facebook & Twitter profiles of all the 500 partners and did my best to decipher their favorite photo poses,colors, clothing style, etc. We then fed all this info of the partners to Andrew, a friend who drew caricatures. Those became the cover of the book, and we also got the pitch book done by our designer Isaac and got posters printed of each caricature.

We got all these books and posters done by night. We noticed from his tweets, Paul was staying for a max of 48 hours in each city,so we had to rush. The fastest and cheapest way to get to Bangalore is by bus. So we slept on a bus 8 hours overnight to Bangalore. That night, I noticed an Instagram photo posted by Mukund Mohan, CEO of India Microsoft Accelerator with Paul in his office. Fortunately we had a meeting with Mukund the next day. When we met up with him, he confirmed that Paul’s hotel was indeed the Royal Orchid, but that Paul would be leaving the city soon. So we hopped into a cab to the hotel, tweeted out to Paul on the way saying we were hanging around the hotel, and would love to meet him. (Again, no response)

We reached the hotel lobby at 11am in anticipation. We decided to give a call to Paul’s phone (I got his number from his email signature and from Mukund). No answer. So we left a voicemail saying were waiting in the hotel lobby and would love to meet him. Another hour passed. I went over to the reception desk to enquire if Paul had checked out. Before I could ask, lo and behold — Paul Singh comes out of the elevator. I hovered around, waiting for him to check out of the hotel. Then I immediately jumped in his way and introduced myself. I was too excited to meet him! Instead of offering my hand for a handshake, I immediately thrust our pitch deck book into his hands. At first, this seemed like a terrible idea. Paul took one look at the first book, saw a cartoon of himself on it, and immediately freaked out, asking “Who the f**k are you guys and what do you want???” I thought I had blown it. But I kept the conversation going, explaining how we tracked him down and started to pitch him right there in the lobby. Unfortunately, the conversation got cut short because he had to run to a meeting. Paul asked if we could wait till 2 pm and said he would love to talk to us before he left to the airport.We said yes since we had come all the way just to meet him.

We waited till 3pm, Paul sent us a tweet as he got struck in traffic and probably had to rush to the airport when he got back to the hotel. We were quite sure Paul was traveling alone from his tweets and also when he checked out alone out of the hotel. So we decided to ask Paul if we could pitch him in the cab as there should be space for both of us and got everything ready to pitch on my laptop. Eventually, Paul came back, apologized for being late, and assured he’d give us a call once he was back in the US. I said “Paul, if we don’t freak you out again, can we join you on the cab ride to the airport and pitch you on the way?” He said “yes”. We got into the cab and pitched him on the way to the airport. After listening to us, Paul began pitching 500 Startups to us and how they could help us! We bid adieu, and then 3 weeks later we received an email from Paul with an offer to join the Fall 2012 Accelerator program!

We’ve had the chance to be part of the Batch 5 500 startups Accelerator program, working alongside some of the best entrepreneurs and mentors from around the world.

Biggest takeaway from our adventure of hustling into 500? If you’re persistent, you’ll always find a way to get what you want — as long as you never give up.We’re glad we didn’t. Hustled hard! 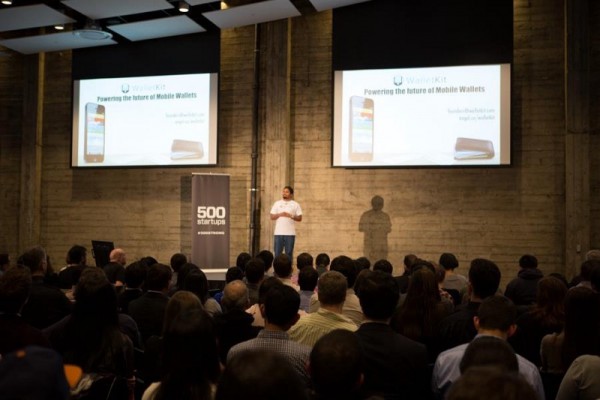 Sometimes you have to do whatever it takes to win, to get what you want, to get noticed and what you truly deserve!

Jim Rohn puts it best “When you know what you want, and want it bad enough, you will find a way to get it”.