When the Modi government came to power, one of the major fuels for their rise to the top was a promise – a promise to deliver 10 million jobs to a country where jobs, specifically, relevant jobs are hard to find. And that’s the bitter thought, which greets followers of Budget 2018 and its new promises for job creation and skill improvement.

So, what does the budget bring in terms of job creation this year – right before the crucial election year? Would it mean significant job creation, so we are more in line with the promises of 2014? Would it impact job trends? Or better opportunities for the class of 2018, as well as recent graduates? We explore this in this blog on the Budget. Scroll down to know more.

Here are the major factors you need to know:

Many of the initiatives towards creating jobs in Budget 2018 were indirect in nature. There were benefits to companies, inclined towards freeing funds towards hiring more people. Here are the benefits that were doled out:

i) Corporate Tax reduced TO 25% for companies with a turnover less than Rs 250 crore (virtually 99% of all companies, according to the ministry).

ii) Better Access to Finances – The government has set a target of Rs 3 lakh crore for lending under the MUDRA scheme. This aid is directed to small business units and startups.

iii) PF contribution to wages of New Employees – The government would contribute 12% of the wages of the new employees in EPF for all sectors, in a bid to promote more hiring.

It has been established time and again, that one of the prominent reasons why 30% of India’s 15-29 year-olds are neither in education, training or employment, is the lack of skilled talent for matched jobs. In a bid to improve on this, the Budget proposed the setting up of model, aspirational skill creation centres in every district of the country. The scheme has been envisaged under the aegis of the Pradhan Mantri Kausal Kendra Programme.

Acknowledging this problem, the Budget has announced that the Government will set up a model aspirational skill centre in every district of the country under Pradhan Mantri Kaushal Kendra Programme. He added that over 300 centres have already been established for imparting skill training.

The Ayushman Bharat programme will see the setup of 1.5 lakh Health and Wellness Centres. Expect healthcare jobs and general government positions in the sector to increase over 2018.

On the other hand, The National Health Protection Scheme or the Rashtriya Swasthya Bima Yojana (RSBY)  which is being touted as Modicare, is expected to generate jobs too. We await specific details of the scheme which would underline this aspect.

The focus on rural development continued on the sentiments of creating more jobs in the rural sector. The Finance Ministry has slated Rs 14.34 lakh crore from the budget for this – specifically for jobs due to farming activities and self-employment in the sector. They expect to create 321 crore person-days of employment from this exercise.

The Budget, however, had its fair share of misses. These include the lack of an all-out National Employment Policy. That’s worrying, not just because we’re far, far away from the promised 10 million jobs under the NDA regime, but also because of a simple fact – 1 million people enter the country’s workforce every month. And not all of them are employed!

What do you think of the Budget 2018? Do you think it’s a good beginning? Did you have different expectations, around fresher jobs than what was delivered? Let us know in the comments section below. 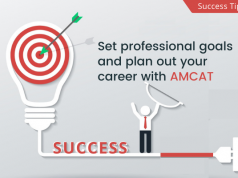 How To Build A Successful Career With AMCAT? 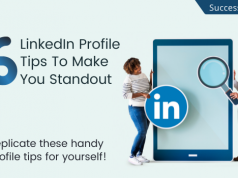 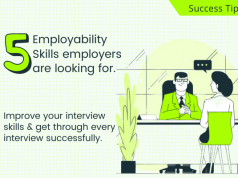 How To Brush Up Your English Before An Interview?

How AMCAT Helped In Getting A Satisfactory Job – In Conversation...

Why To Take Prep Amcat Before Sitting For Campus Placement Drives?