rful roles. By the weight of power, leaders can sometimes tend to believe that their word is the last word and may ignore the sane advice given to them by their colleagues. In their anxiety to deliver results, they can ignore their own blind spots and become insensitive to the feelings of others. They may also tend to be arrogant with their own knowledge and expertise, and unconsciously intimidate others.

Leaders are also human beings after all, and they are as much vulnerable to fault as any other person. We all tend to take our objectivity for granted. However, the fact is that our personal perceptions can become self-reinforcing and gradually build up mental models. As Peter Senge said, “The eye cannot see the eye.” To do so, we all need a mirror; we all need to build the ability to reflect. What separates a leader from the rest is the capacity for self-observation within the complex field of action and the ability to engage in Socratic dialogue with oneself.

Every leader is vulnerable and will face adversity at some point in time. It takes a lot of self-control to manage the stress and power dynamics inherent in leadership. The key is to stay calm and centered. Reflection is one way to build renewal into your life. Reflection can help to cope with the adversity by preserving self-dignity. Some of the ways of reflecting include – looking back, thinking back, and asking for feedback.

Back in the 1980s, I attended a program by the Indian Society of Applied Behavior Science, which was a sensitivity training that required participants to work in small groups in an unstructured setting. The focus of such human process labs was essentially to explore one’s behavior in the here-and-now situations created by the unstructured setting. This exposure helped me examine my own anxieties, fears, prejudices and the impact of my behavior on others. The experience helped me to reflect continuously on my own self vis-à-vis my organizational roles, colleagues and subordinates. I also became increasingly aware of my prejudices and biases, and began to own up to my actions and behaviors. Such reflections have prepared me, both intellectually and emotionally, to deal with the tensions, traumas and turbulence effectively and not run away mid-course.

During my tenure as CMD, Bank of Baroda (2005-08), I was virtually operating like a war-time general. In that limited time, I had many miles to go! We had not only created an ambitious agenda for change, but were also constrained by strict timelines, as I was to retire soon. We were doing too many things too fast, and I was simultaneously performing many roles – commanding, directing, motivating, leading and even intimidating occasionally. At this stage, I decided to undergo a 360-degree appraisal and requested my friend Dr. T.V. Rao to help me.

Rao’s feedback helped me to reflect on my style. In a high octane environment of performance coupled with my anxiety to deliver, I developed mental models that bordered on rigidities. The reflection helped me to suspend my assumptions and allowed me to accommodate different views. It helped me to promote better dialogue and seek greater involvement of people in the tasks on hand. Continuous reflection at the height of our transformation program helped me relate to people and their problems at an emotional level.

Leadership roles require promoting team work amongst diverse and talented individuals, using their collective intelligence in achieving the corporate goals. They need greater humility and the ability to listen to others. In a shifting reality of the business world, leaders need to create a new cocktail of experience, expertise, abstract thinking and creativity of young minds. Reflective practice is as important to leaders as yoga is to create harmony in our body system. It requires personal discipline and continuous practice.

Mere academic qualification or technical expertise is never enough to lead people and bring out the best in them. Leaders must be thoughtful, reflective and have the courage to own their pitfalls and continuously work on them.

This article was first published in People Matters in March 2012 and can also be read at: http://peoplematters.in/articles/leadership/leadership-and-management/the-reflective-leader
– Dr. Anil K. Khandelwal is an HR professional who made it to CEO of Bank of Baroda (BOB), a staid large public sector bank, and turned it out in a short tenure of 3 years. His book “Dare to Lead” (Sage 2011) captures his experience of the turnaround. 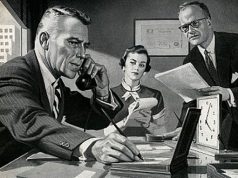 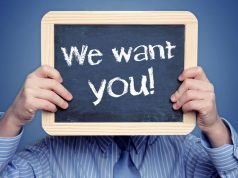 In Conversation With Nupur Ray Part 1- QnA Regarding Fresher Jobs,...