(The article first appeared in Anil K. Gupta’s blog and has been republished with the permission of the author)

Today, when most young people are ready to embark upon their future career, they might think that the time to learn is over and to practice begins. But nothing could be farther from truth. Let me tell you a story of learner who went to his teacher requesting to be taught. The teacher asked him to come after sometime. Student went again after 15 days, three months, one year and every time, he was asked to come again. One day he got exasperated and insisted that he should at least be explained as to why he was asked to come again and again instead of being taught. The teacher asked him to bring a glass of water. Once he brought it, he was asked to bring another glass of water. He was then told to put the water in the second glass. The student asked, “Wouldn’t the water spill over? Isn’t the first glass already full?” The teacher responded by saying, “That is precisely the problem. Every time I see you, you seem to be so full. Unless you empty yourself, how do I teach you?” I hope every student will remember the need for emptying oneself so as to learn in life.

But, how does one learn in life? Let me talk about four teachers who I always refer in my Shodh Yatra course at IIMA. I take the chosen students to Himalayas to learn to make breakthrough in life. It is not easy to make breakthrough but without trying, it is of course, impossible. Making a breakthrough requires authenticity. Authenticity requires bringing the inner and outer in sync. To achieve this unification, we need to constantly learn from four teachers. These are: [a] teacher within, [b] teacher among others, the peers, [c] teacher in nature and [d] teacher among the common people. Learning from within requires a dialogue with oneself, in silence, solitude and with empty heart. There is no better teacher. Learning from each other requires a sense of discrimination i.e., ability to sift chaff from grain. Learning from nature is very crucial because nature does not waste anything, it is very parsimonious, it is diverse, multi-functional, resilient and has tremendous dynamism. It is never still. Sometimes, people say that they are stagnating in life. Actually, they don’t have the courage to say that they are decaying. In nature, one either grows or decays. Ability to learn the art of simultaneity requires getting closer to nature. Learning from common people is very precious if we want to understand how one can get more from less for more, as Dr. Mashelkar puts it very well.

Let me illustrate how do we learn from common people. You all saw the scooter at the end of the film, “The Three Idiots”. This scooter with a flour grinding mill was designed by Shiekh Jahangir. His shack on the roadside was removed in a cleanliness drive. He has not got the support from District Administration that he was promised. A man who continues to innovate despite such precarious living condition can certainly teach us a lesson or two about the value of fortitude in life. About 40 years ago, I went to attend a debate at Kanke College in Bihar when I was third year student. Bangladesh war for independence was just concluding in 1971. Out of curiosity, I went to Kolkata to visit the border. While coming back to the railway station to catch the train for Delhi enroute Hisar where I studied, I got late. I missed my train and had no money to buy another ticket. An elderly colleague standing nearby sensed my plight and offered to help. I was extremely relieved and requested him to give his address so that I could send the money back to him. I didn’t want to travel without ticket and he had offered to buy me a ticket. He refused to give his address. When I repeated my request, he got angry. I didn’t know what to do. I touched his feet and requested to at least tell me why he did not want to give me his address. He replied that if he gave the address and I didn’t send the money, he might lose faith in humanity. One hand, he was trying to help me and then why should he risk losing his faith? A non-reciprocal act perhaps is the most exalted action we can ever take. In contemporary society, when almost every action is motivated by some expectation of return, a lesson about non-reciprocal acts might appear strange to many. But let me say that responsibility towards the perfect stranger is the best guarantee for remaining human. Who is a perfect stranger? That is the unknown and the unknowable. An ant on the wall may be thinking about us but we cannot find out much about her thoughts, so also about a lizard or a squirrel. But someone who is not born yet is completely unknown to us. And there is no way we can find out the preference of unborn. We have to act with responsibility towards such strangers. Non-reciprocal act i.e., the one which cannot be responded must find a place in our life. The ratio of reciprocal to non-reciprocal acts every day should be tracked before we go to sleep and a balance sheet will help us to understand how to find true happiness.

That requires one to remain at the intersection of three circles i.e., learning, living and loving. Many times, the learners become too focused and thus lose track of larger perspective. In life, perspectives often determine the true meaning of our perceptions. Let me close by giving an example of a story from Mahabharat explaining the logic of combining divergent and convergent approaches. Dronacharya was a great teacher though he is infamous for having rejected a Dalit student who became one of the best archery expert, i.e., Eklavya. Once he took the five royal disciples i.e., Pandavas for a test of archery. He asked Yudhishtar, the eldest one to look at a wooden bird hanging on a tree and explained to him as to what did he see. Yudhishtar in his usual style mentioned that he saw the whole cosmos of which this earth was a part, of which this tree was a part and so on. Dronacharya asked him to get lost. Then, came the next who also saw lot of contextual details. Finally, it was the turn of Arjun who saw only eye of the bird. Undoubtedly, for archery Arjun was the best. For an environmental perception and conservation, Yudhishtar was best. We need people who have the ability to focus like Arjun but also we need people like Yudhishatar who can see the inter-connections between the different aspects of life and the world. In fact, each one of us has both Arjun and Yudhishtar within us. We should know when to focus and also when to see the big picture. In life, when we substitute one for another unthinkingly, we court disaster. To be able to see the big picture, we must remember how to empty oneself. How to learn from the four teachers. And how to connect curiosity, creativity, compassion and the spirit of collaboration. 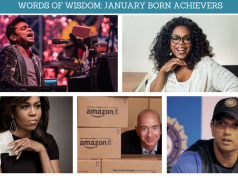