“No great genius has ever existed without a touch of madness.” -Aristotle. All eccentricities are not bad. Surprised? Basically geniuses and eccentricity are the two sides of the same coin.The ability of a mastermind lies in doing things differently and with this ‘doing things differently’ comes strange practices and habits. So, here’s 11 strange habits of world famous technology geniuses which will definitely leave you amazed and startled.

It is so rightly said that the distance between insanity and genius is measured by success.

This infographic is made byWhoIsHostingThis.com 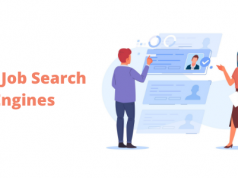