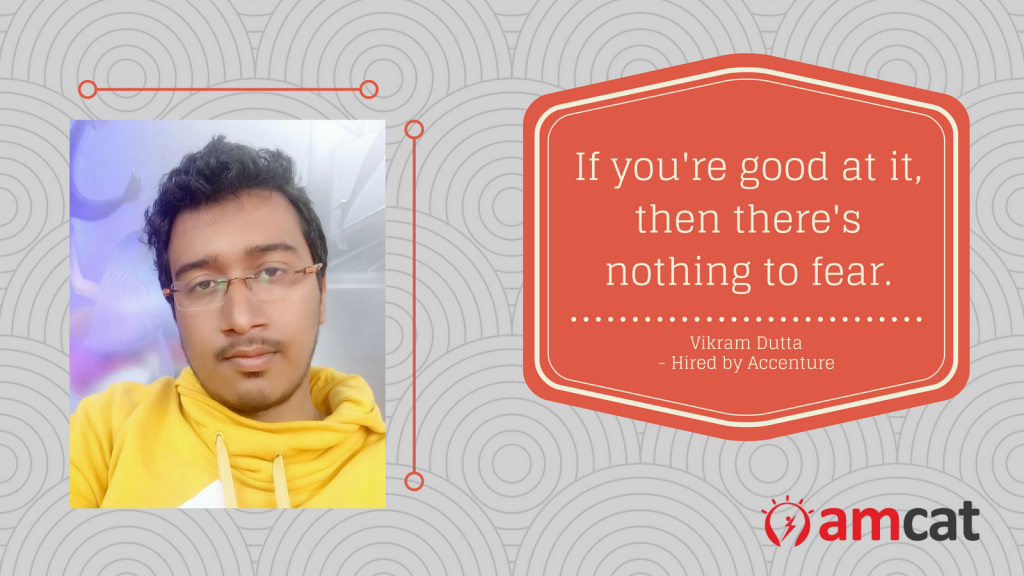 A good pick from the set of fresher jobs right after you graduate – if you share this dream as well, then it would be a good idea to follow how Vikram Dutta, our AMCAT achiever for the day, found his way to Accenture. This story includes it all – a student limited by resources to find a good job, giving the AMCAT test, waiting for the calls to finally begin and then making it through.

“I always want a good job just after completing my engineering. So, when I came to know that I can get a good job by taking an AMCAT test – I prepared for it.”

I decided to give the AMCAT test to get job interview calls.

Dutta had completed his Engineering degree in 2016 from the Rungta College of Engineering & Technology. When asked about himself, he says that comes from a middle-class family, without the means to spend a lot on his career prospects. After his graduation, he did not have an option to scout Bangalore for fresher jobs. So, he decided to give the AMCAT test to get job interview calls.

You have to score well in order to get a call from the big companies.

“The test was nice. It includes general aptitude questions and English. And also two subjects from your branch. You have to score well in order to get a call from big companies.”

Beyond the AMCAT test

I have received 4 or 5 interview calls till now.

That’s a contrast compared to most of our other AMCAT test achievers, who claim to receive many. However, for Dutta the number is still a good one, considering that it included that one call from Accenture.

The journey towards Accenture:

“After taking the AMCAT test, I got a mail that I have been shortlisted for Accenture. So, I attended the Interview and I made it.”

Would he recommend his journey to others? “Yes. Because this is the easiest way to get a private job with good salary.”

However, Dutta has some advice for future test-takers. “Work hard in English and in general aptitude. If you are good at it then there is nothing to fear about.”

Keen on reading more of our AMCAT achiever diaries? Then click on the link to read more. You could also consider a similar journey – schedule an AMCAT test. 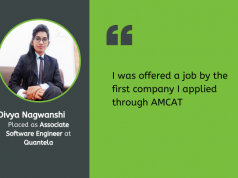