Every entrepreneur faces challenges, but only some do so successfully — and there’s no shortage of theories as to why. Some experts point to “mental toughness.” However you choose to categorize them, the mental habits that successful entrepreneurs often cultivate seems to set them apart.

Here are four of the most essential:

1. AN INTERNAL LOCUS OF CONTROL

Many people have what psychologists refer to as an external “locus of control.” That’s when you believe that it’s primarily the factors outside your own control that most affect what happens in your life. And to be sure, many actually are. But the real question is how much weight you give to them relative to the factors you believe you can control.

When your locus of control is mostly external, your attention rests mainly with your competition, the economy, the unfairness of life, and a host of other things you can’t do anything about. More often than not, this mental habit makes you feel like a victim of your circumstances.

Conversely, relentless entrepreneurs have an internal locus of control, which means they believe they are personally responsible for the outcomes of their lives. They — not you or anything else — are in control.

But when your locus of control is primarily internal, you’re more likely to perceive obstacles as challenges to overcome. You’re more likely to feel you’ve got an effective playbook of tactics to influence your own situation and others’. You take complete responsibility for everything in your life — the good, bad, and ugly, and you tend to view failure as feedback. You don’t compete with others; you’re adept at blocking out the external noise in order to focus on creating something.

Dr. Eric McKibben has taught that people with an internal locus of control have greater financial success and better health, not to mention higher levels of happiness and general well-being.

Ambiguity can be really uncomfortable to many people. They need a clear set of rules and expectations about how things should be. Without them, they tend to flounder or stall out.

That isn’t necessarily a mark of failure; in some ways, it’s most adults’ natural predisposition. Interestingly, though, researchers have found that children generally have a higher tolerance for ambiguity than grownups do. They’re more willing to accept murky conditions — situations where the likelihood of winning or losing is unknown. That makes perfect sense: As we mature, we become more adept at assessing risk. Children, as any parent knows, gleefully indulge in “risky” behaviors on an hourly basis — always testing their limits and exploring.

Some of the most successful entrepreneurs share that trait with kids. They tend to have a high tolerance for ambiguity, which makes them more likely to take risks based on limited information. Indeed, starting a business is all about confronting one unknown after another.

Having a high tolerance for ambiguity makes you less likely to get anxious in novel situations or when faced with your own uncertainty. You can think quickly on your feet and see things from different angles. The unfamiliar is simply an opportunity to adapt, and you know there’s no set of guidelines that can help you do that.

3. THEY USE THEIR FEARS AND ANXIETIES AS FUEL

When we’re feeling anxious, many of us try to calm ourselves down. According to research by Dr. Alison Wood Brooks of Harvard Business School, “Anxiety is incredibly pervasive. People have a very strong intuition that trying to calm down is the best way to cope with their anxiety, but that can be very difficult and ineffective.”

In fact, Wood Brooks has found that trying to calm yourself down can actually worsen your performance. Instead, reframing your anxiety as excitement can dramatically improve your performance. That’s one reason why professional athletes and successful entrepreneurs frame their anxieties as feeling “pumped up,” harnessing those normal jitters to work in their favor.

4. THEY FOCUS ON THE CAUSES, NOT EFFECTS, OF CONFIDENCE AND SUCCESS

In fact, success might represent an even greater adversity than failure. That’s been apparent long before the rise of modern psychology; Abraham Lincoln said, “Nearly all men can stand adversity, but if you want to test a man’s character, give him power.” As soon as we succeed, we tend to focus on the causes of our success, believing we were right all along to feel confident in ourselves. Our focus shifts toward the effects of our success. The distracting noise of praise, opportunities, and other rewards pulls us away from the work that got us there, which can wreck our future performance.

Successful entrepreneurs have the presence of mind to resist that shift in focus. Their behavior is remarkably consistent regardless of whatever success or defeat they experience. They know that the confidence they feel and any achievements they make are the products of a constant, internal drive to improve their craft. After all, those effects are outside their control (see Habit #1 above). Instead, they focus on their own behavior, which is the root cause of all those outcomes — good, bad, or indifferent.

Indeed, your assessment of your own abilities has actually been shown to be a a better predictor of high performance than your expectations about a specific outcome.

Highly successful entrepreneurs see themselves as the ultimate source of their personal and professional experiences, wins and losses alike. And that puts them — and nothing and nobody else — squarely in the driver’s seat.

(The article originally appeared on Medium) 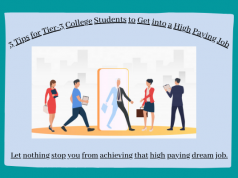 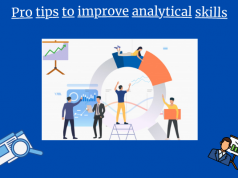