Being the CEO of one company is no easy task in itself, but handling two or more companies takes tremendous amounts of discipline, focus and commitment. If you’re complaining that you don’t have enough time, imagine how CEOs on double-duty are managing to juggle the companies they helm. There are many lessons in productivity we can learn from these extraordinary CEOs. Here are productivity secrets of 5 CEOs who handle two or more companies.

In the fall of 2007, newly appointed Yahoo CEO Jerry Yang went to Apple CEO Steve Jobs for help in turning the foundering internet giant around. Jobs gave him and Yahoo’s top executives a simple but profound piece of advice. At an off-site meeting with about 200 Yahoo execs, Jobs explained in a presentation that many companies will make a list of 10 things they want to achieve in a year, but “the smart companies will take that list and shrink it to three or four items.”

During his second, famously successful run as Apple CEO, Jobs applied this strategy to the “top 100″ retreats he would hold with Apple’s leadership. On the retreat’s last day, Jobs stood in front of his employees with a whiteboard and wrote down suggestions for what Apple should be doing next. Jobs then crossed off the ones he considered “dumb”. Then he crossed out the bottom seven for the final list.

After getting ousted from Twitter seven years ago, Jack Dorsey has returned to his post as CEO. He’s also staying on as CEO of Square, the mobile payments company he founded in 2010. He plans to continue working eight hours a day at each company. He shared his productivity secret with in an interview with Kevin Kruse, a contributor for Forbes.

With over 50 billion dollars to his name, Warren Buffett is consistently ranked among the wealthiest people in the world. Out of all the investors in the 20th century, Buffett was the most successful. He revealed his secret to success when Mike Flint, his personal airplane pilot, asked him for advice on his career.

Buffett started by asking Flint to write down his top 25 career goals. So, Flint took some time and wrote them down. Then, Buffett asked Flint to review his list and circle his top 5 goals. Again, Flint took some time, made his way through the list, and eventually decided on his 5 most important goals.

That’s when Buffett asked him about the second list, “And what about the ones you didn’t circle?” Flint replied, “Well, the top 5 are my primary focus, but the other 20 come in a close second. They are still important so I’ll work on those intermittently as I see fit. They are not as urgent, but I still plan to give them a dedicated effort.”

To which Buffett replied, “No. You’ve got it wrong, Mike. Everything you didn’t circle just became your Avoid-At-All-Cost list. No matter what, these things get no attention from you until you’ve succeeded with your top 5.” This little conversation led to the creation of Buffett’s famous ‘2 List’ strategy.

Most CEOs have a full schedule running one company. Carlos Ghosn runs three: He’s the chief executive of both Nissan and Renault, and the chairman of Russian automaker AvtoVaz. He spoke with LinkedIn executive editor Daniel Roth in November 2014 about how he manages three companies based in three countries. One key: Having his schedule set more than a year in advance.

When Elon Musk isn’t revolutionizing e-commerce, building electric cars, or trying to make self-landing reusable rockets, there’s one sure-fire place you can find the Tesla and SpaceX CEO: on email. “I do a lot of email — very good at email. That’s my core competency,” joked Musk at a 2013 conference. 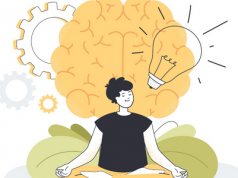 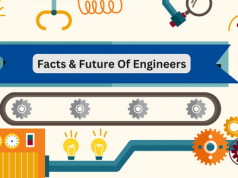