Take the AMCAT journey with us

What is AMCAT all about and most importantly, how can it help you be job ready? Should you opt for it? Find the answer to all your AMCAT related questions with us. 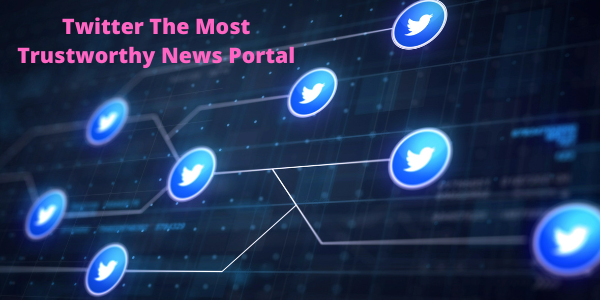 Social media is becoming a prime source of our daily news. Social channels are no longer used just for entertainment or networking purposes. Even before airing on a news TV channel or newspaper, live news is first flashed on social media channels. Among so many social media platforms, Twitter is a leading platform for mass communication where a person can express their thoughts and ideas with the right of freedom to speak. The latest trending news is either posted by authorized accounts of news TV channels operating on Twitter or by hundreds and thousands of active Twitter users. Information by a user is shared by way of a post or by posting a comment on an already posted article.

The speed at which news spreads on Twitter is unbelievably fast. It may only take minutes for a tweet to go viral and start appearing on other media channels. When news travels so fast, it is important to be cautious about what you are sharing. All the news that is shared on Twitter may not be true. It is difficult to differentiate between real and fake news. People quickly start believing what they see and read on Twitter. And most people tend to retweet without checking the reliability and authenticity of a post, which gives rise to false rumours. These rumours, if started against a community or race, soon start to turn into fights with people taking sides without even realizing that the news may be false in itself.

To minimize the sparking of false rumours, Twitter has started a new labelling system wherein false news will be separately labelled so that people don’t trust and act on it. While labels were already in the testing phase earlier, now they have been upgraded to provide better results. After a tweet gets a label, the number of times it gets retweeted decreases, and this ultimately ensures only the safe and true transmission of news. Twitter also categorizes certain false information as serious misinformation so that it cannot be retweeted or replied to. These effective measures bring transparency in information shared with users and increase the trust of people in social media’s capability to communicate facts.

The power of Twitter to bring news is enormous, and therefore it is essential to channelize content properly. This calls for collective action wherein every user verifies the reliability of the source before sending a tweet on Twitter. When sending flash news through tweets, a user needs to take responsibility and remember that people are going to think and take action based on the news shared.

Take AMCAT
Get a Score
Start Applying
Get Shortlisted
Get Hired
Know More BOOK AMCAT
How To Negotiate With Your Boss To Shorten Your Notice Period?
How to survive in a fast-paced workplace?