Thank you for your precious feedback. 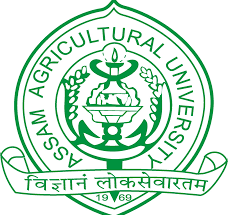 Create a professional resume and increase your chances of landing this job.
Create Resume

Analyze your resume and get a detailed feedback to make it better.
Score Resume

Get a realistic interview experience and feedback while at home using our AI-based tool.
Try for Free
Job Description
About the Company:
Assam Agricultural University is the first institution of its kind in the whole of North-Eastern Region of India. The main goal of this institution is to produce globally competitive human resources in farm sectorand to carry out research in both conventional and frontier areas for production optimization as well as to disseminate the generated technologies as public good for benefitting the food growers/produces and traders involved in the sector while emphasizing on sustainability, equity and overall food security at household level.

Genesis of AAU:
The embryo of the agricultural research in the state of Assam was formed as early as 1897 with the establishment of the Upper Shillong Experimental Farm (now in Meghalaya) just after about a decade of creation of the agricultural department in 1882. However, the seeds of agricultural research in today's Assam were sown in the dawn of the twentieth century with the establishment of two Rice Experimental Stations, one at Karimganj in Barak valley in 1913 and the other at Titabor in Brahmaputra valley in 1923. Subsequent to these research stations, a number of research stations were established to conduct research on important crops, more specifically, jute, pulses, oilseeds etc. The Assam Agricultural University was established on April 1, 1969 under The Assam Agricultural University Act, 1968' with the mandate of imparting farm education, conduct research in agriculture and allied sciences and to effectively disseminate technologies so generated. Before establishment of the University, there were altogether 17 research schemes/projects in the state under the Department of Agriculture. By July 1973, all the research projects and 10 experimental farms were transferred by the Government of Assam to the AAU which already inherited the College of Agriculture and its farm at Barbheta, Jorhat and College of Veterinary Sciences at Khanapara, Guwahati.

Create a professional resume and increase your chances of landing this job.
Create Resume

Analyze your resume and get a detailed feedback to make it better.
Score Resume

Get a realistic interview experience and feedback while at home using our AI-based tool.
Try for Free

Jumpstart your banking career by joining india's no.1 bank

Book Your AMCAT Test
Products For You

Get the AMCAT Advantage:

Is AMCAT for you?

Where does AMCAT take you?

Please fill in the information below.
0%
Please wait! Do not close this window.

I agree that my application will only be submitted after I complete the concise test sent to my inbox.
Confirm
Cancel

Buy AMCAT, apply for this job and get interview offers